Oumar ‘Reug Reug’ Kane Returns at ONE on TNT 4 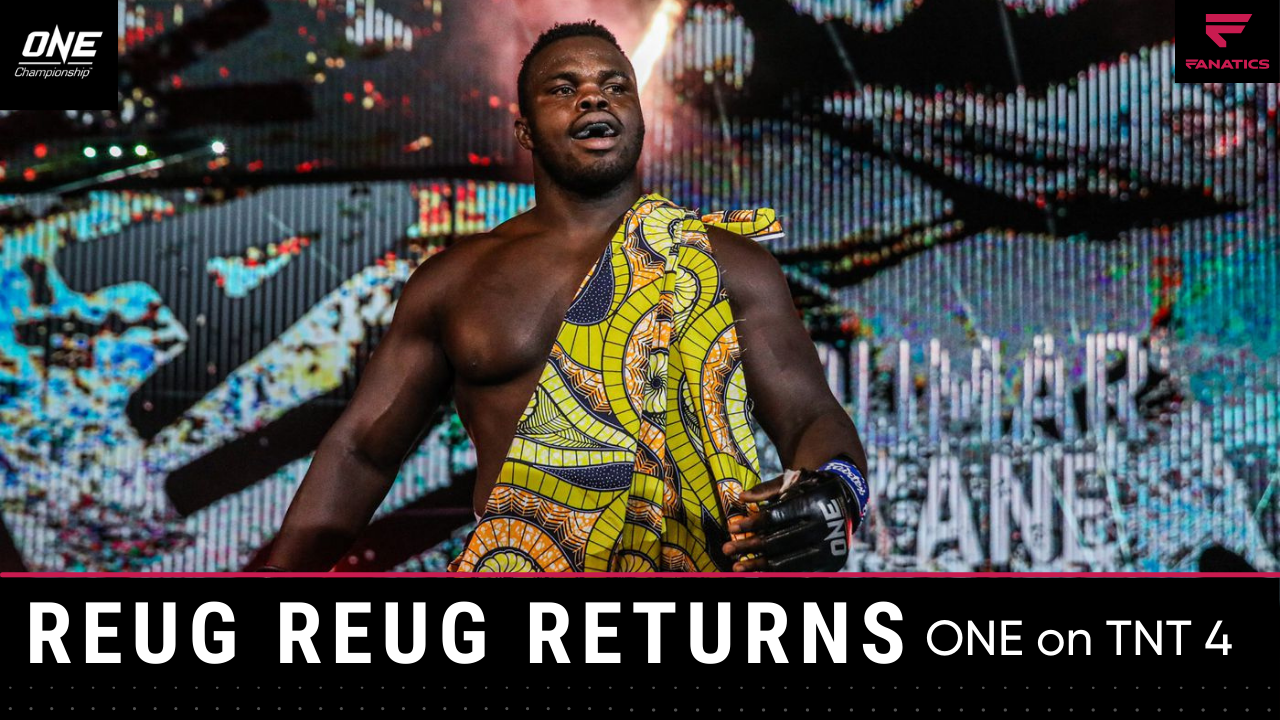 Reug Reug is back in action at ONE Championship’s ONE on TNT 4. Following his TKO win over Patrick Schmid at ONE on TNT 1, the undefeated Senegalese Heavyweight Wrestling Champion, Oumar “Reug Reug” Kane is set to take on Kirill Grishenko on the final event of ONE Championship's TNT series.

The rise of Reug Reug

Reug Reug has delivered back to back spectacular TKOs since his ONE Championship debut against the devastating strikers Alain Ngalani and Patrick Schmid. The Pride of Senegal, Kane (3-0) is set to take on the undefeated Belarussian heavyweight Kirill Grishenko (3-0). Both men have finished every fight in their professional MMA careers. Reug Reug has used his dominant wrestling to end his opponents by ground and pound every fight, while Grishenko has had a more balanced finish rate ending fights both by submission and strikes. This clash of heavyweights is certain to prove an explosive combination that has little chance of going the distance. In order to fulfill his dreams of getting ONE Championship gold, Reug Reug will have to get by Grishenko to join the ranks of UFC Champions Kamaru Usman, Israel Adesanya, and Francis Ngannou, and further the domination of African MMA on the world stage.

The rise of Mixed Martial Arts talent coming from the West African Nation is owed to the legacy of Senegalese Wrestling. Its history rooted in tradition and war preparation, Senegal’s style of traditional wrestling may serve as a strong base for MMA. Lutte Traditionnelle avec frappe (Tradition Wrestling with Hand Strikes) as it’s called, combines the traditional style and heritage of West African wrestling with boxing, essentially as a form of Shoot Fighting, giving the Senagalese wrestlers a solid foundation for developing well-rounded MMA skillsets.

Combined with modern MMA training and meta, “Reug Reug” seems to know what it will take to become the Heavyweight Champion in ONE as he grows his Martial Arts background and evolves his MMA game by splitting his training time between Senegal and New York. As he told SCMP MMA’s Nicholas Atkin about his goals “What I want to do is be the world champion and bring Senegal’s name in MMA where nobody ever thinks it would be,” and on his growth “I will bring so many things with quality, whether it is boxing or wrestling, we’ll bring all things…. I was training for MMA, so I will come and do whatever I trained from Senegal or from New York. I will do whatever to win.”