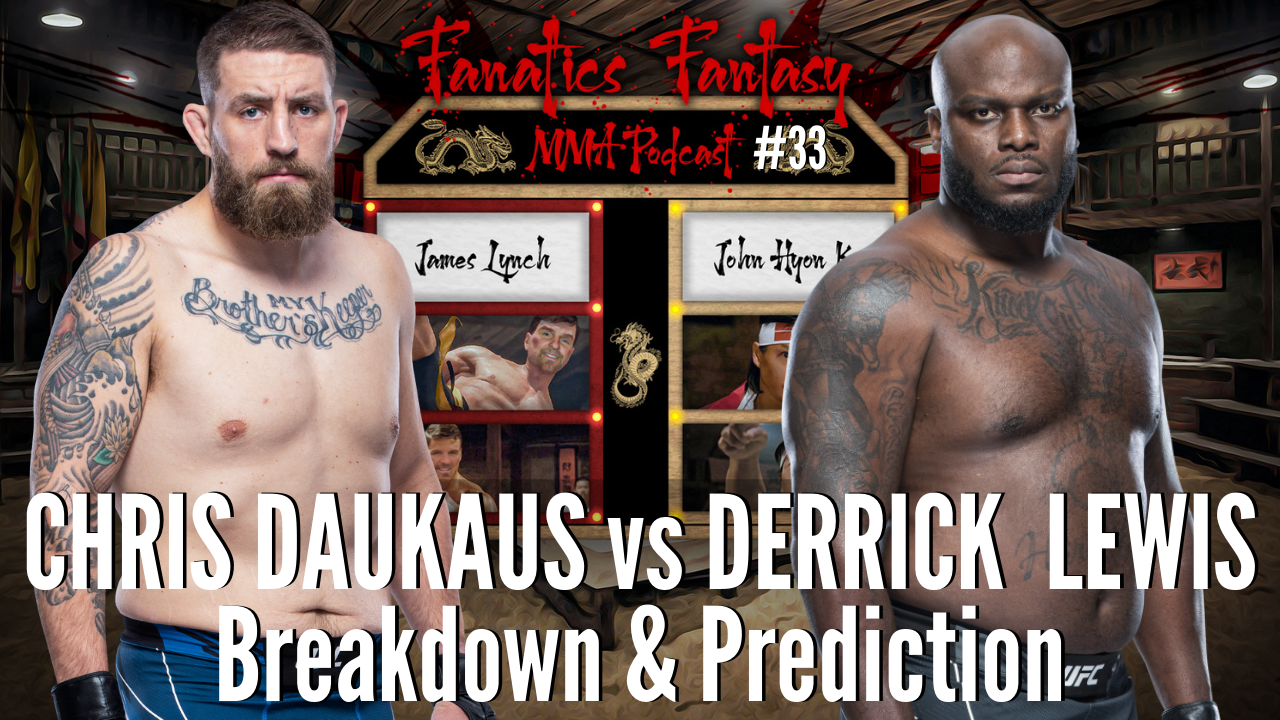 James Lynch and John Hyon Ko break down and give their predictions on the UFC Vegas 45 heavyweight main event between Derrick Lewis and Chris Daukaus. The fight takes place Saturday December 18, 2021.

Send your questions and the guys will answer them live. We like to keep the topic matchup in focus, but feel free to ask anything you like about the goings-on in the world of MMA.

Fiziev vs Riddell Tale of the Tape

Derrick Lewis is a 36-year-old male fighter from the United States with a 25-8-0 pro-MMA record. Lewis has 25 wins with an 84% finish rate, including 20 by knockout, 1 by submission, 4 by decision.

Chris Daukaus is a 32-year-old male fighter from the United States with a 12-3-0 pro-MMA record. Daukaus has 12 wins with a 92% finish rate, including 10 by knockout, 1 by submission, 1 by decision. He is currently riding a 5 fight win streak.

Derrick Lewis is scheduled to fight Chris Daukaus at UFC Vegas 45 on Saturday, December 18, 2021, in a Heavyweight bout.

For full fight details and betting odds check out the Lewis vs Daukaus full bout page.

Do YOU know MMA? Wanna bet on fights, but don't want to lose money?