Is Jiri Prochazka what the UFC light heavyweight division has been missing? 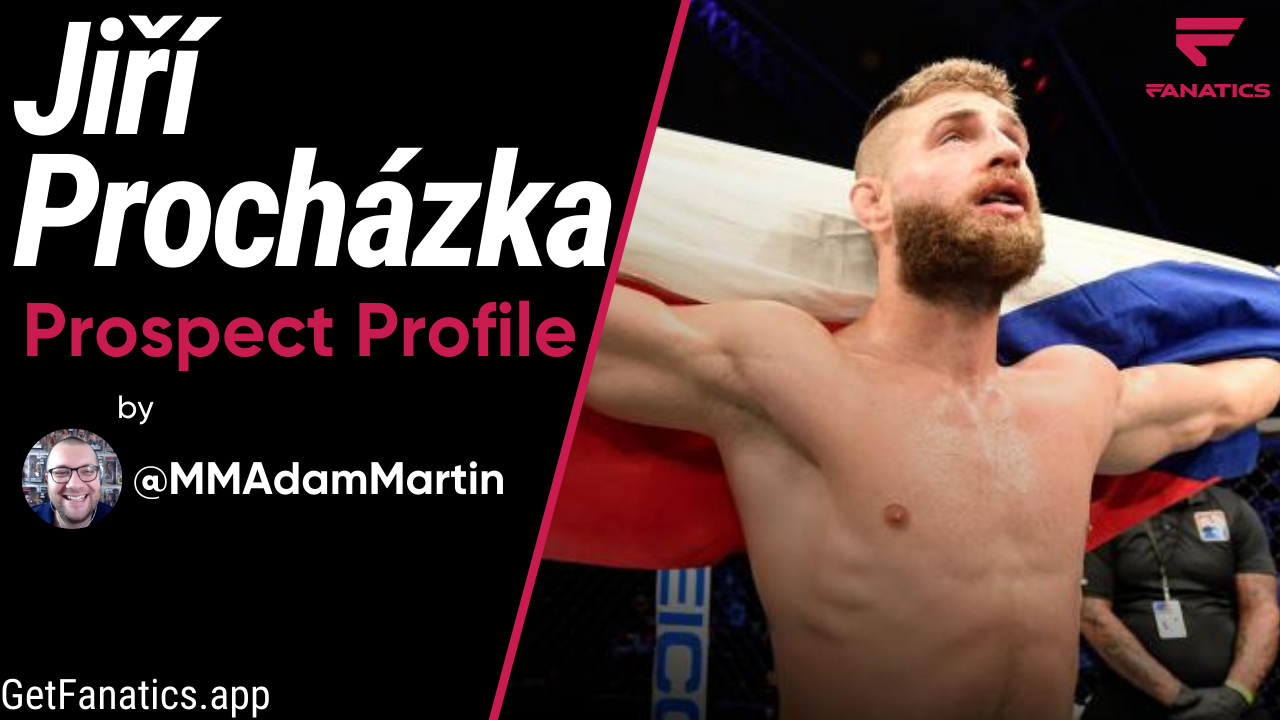 This Saturday night at UFC Vegas 25, light heavyweight Jiri Prochazka looks to make the jump from prospect to title contender at 205lbs. The 28-year-old Czech Republic native made a name for himself fighting overseas for RIZIN FF but he emerged on the North American fight scene last summer when he knocked out Volkan Oezdemir on Fight Island in his UFC debut. It was an impressive victory for Prochazka, who many UFC fans were unaware of before he beat Oezdemir. Following that win, the UFC has now paired Prochazka up against former title challenger Dominick Reyes. It’s a huge test for Prochazka, but one that carries plenty of upside.

Should Prochazka defeat Reyes in impressive fashion, it’s possible he could earn himself a title shot at 205lbs, or at least a No. 1 contender fight. For a guy who wasn’t even in the UFC a year ago, that’s a very amazing accomplishment in its own right. But the fact he has gotten this far in just one fight is a testament to how impressive “Denisa” has been over the past several years, having not lost in six years and riding an 11-fight win streak at the moment. What Prochazka did in Japan did not go unnoticed by the UFC matchmakers and his 27-3-1 record speaks for itself.

It’s now time for Prochazka to have his first UFC main event, but before the fight goes down this weekend, it’s time to take a look at Prochazka’s skill profile and what upside there is with him.

It goes without saying that Prochazka is a striker, and he’s a damn good one at that. Out of his 27 career wins, 24 of them have come by knockout. He packs a ton of power in his strikers, especially in his hands, which is what he used to knockout Oezdemir in his UFC debut. In fact, his fists are what have won him his last nine fights overall. Going back further in his career to his time fighting on the Czech regional scene, Prochazka has had a number of different methods of victory by knockout, including multiple flying knees and a head kick. To say that he is a talented Muay Thai would be an understatement. In addition to packing huge power, Prochazka also has a very unique type of movement on the feet and often confuses his opponents. Between the incredible knockout power and the movement, Prochazka is a very tough opponent at 205.

It is mixed martial arts, so we have to talk about Prochazka’s other aspects of his MMA game. Honestly, we don’t have a lot to go on. Based on what we have seen, he is so physically strong that he is able to keep nearly all of his fights on the feet and stand and bang with his opponents. In his entire career he only has two wins by submission -- one is a rear-naked choke and the other is a triangle choke. It’s good to see what Prochazka does have those finishes on his resume, as otherwise there wouldn’t be much to go on about his ground game. Overall he is a very talented fighter who has looked good in all aspects of his game so far. Not only has he shown plenty of skills, but it’s possible Prochazka also has a lot more to show us going forward.

I believe that Prochazka has a championship upside in the UFC. He is already the No. 5 ranked fighter and he will jump into the top-three if he is able to beat Reyes this weekend at UFC Vegas 25. The UFC light heavyweight division is very wide open for the next decade now that Jon Jones is a heavyweight. Current UFC light heavyweight champion Jan Blachowicz is an amazing fighter, but he’s 38 years old and has admitted a move to heavyweight is in his near future. Should Prochazka defeat Reyes, he will enter title contention and he will be among the options to fight the winner of UFC 266’s Blachowicz vs. Glover Teixeira title fight. It seems likely that the winner of Prochazka vs. Reyes will take on Aleksandar Rakic for a title shot, so that’s how close Prochazka is to tasting gold right now. If Prochazka does run the table and eventually become the champion, I believe he is someone who could hold the belt for years to come. We haven’t seen many weaknesses from him and everything we have seen is very positive.

I’m excited to see what Prochazka looks like against Reyes. This is a tough test against one of the best 205lbers in the world, but it’s a test that Prochazka can pass, and in flying colors if he does get the knockout. There’s a lot to like about this fighter and it’s time we see him fight one of the division’s elite and see what he’s truly made of. Prochazka has all the skills in the world necessary to be a title contender in the UFC and potentially even a champion. It would be nice to see him face some sort of adversity in this fight as he’s mostly dominated everyone up to this point. But hey, if he gets another quick knockout victory no one will be complaining about it.