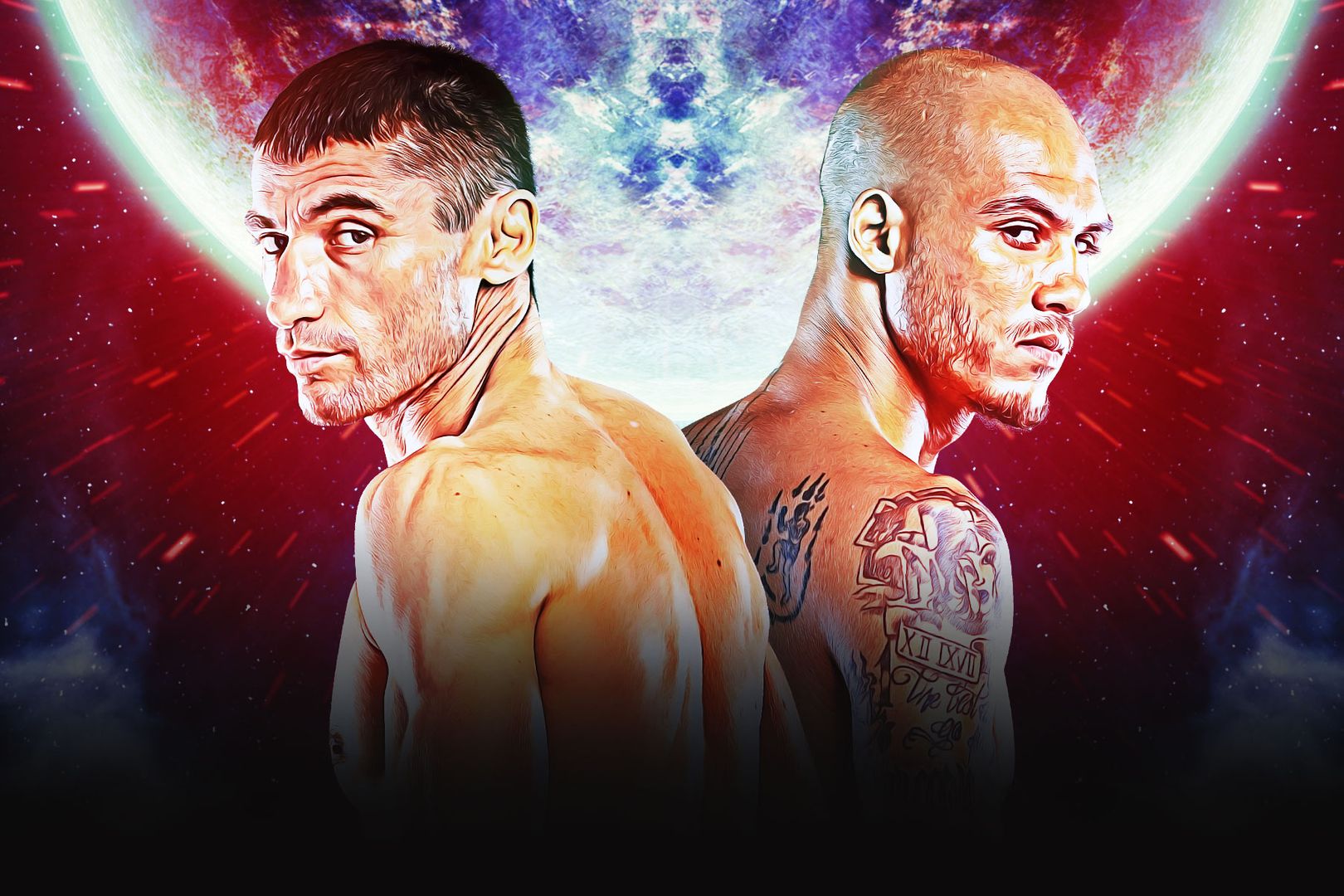 Welcome to Fanatics MMA. This is the first of our Fight Club Preview series, where we preview fights and analyze the betting lines.

Fanatics MMA is a brand new Fantasy MMA app that allows you to make fight picks, and compare them with friends in public and private groups. Join and show off your Fight IQ by beating the Vegas odds. Head over to get getfanatics.app or check out the link in the description to get started.

Today we're previewing ONE championship Collision Course 2, taking place Christmas Day. It's pre-recorded, and since it is a pre-recorded event and there are no bookies making odds, Fanatics MMA has been commissioned to set hypothetical betting odds for each of the fights. So we're going to run through each of the fights and explain why and how weve priced each fighter.

We've looked into these fighters, looked into their fights, their fight history, and we think we've been able to develop some really good odds that are going to represent the fighters properly and give our players something fun to pick.

Let's get started with the main event.

Number 4 ranked Samy Sana versus number 2 ranked Jamal Yusupov in a featherweight Muay Thai Match. It's an interesting matchup between a pretty well known vet, Samy Sana, facing a relatively unknown quantity in Jamal, with a title shot coming next for the winner of this one.

We had some trouble finding much footage for Jamal, but he made quite a big impact in his ONE debut, knocking out Yodsanklai Fairtex. For that win, ONE has him ranked at number 2. Both these guys are solid Muay Thai fighters, but Samy Sana is definitely more distinguished of the two.

Samy is a more decorated kickboxer with a lengthy Muay Thai record. Whereas with Jamal, there's not much to find on him. Now the thing that links both these fighters is that recently they both beat Yodsanklai Fairtex. Yod is a beast and until recently had been unbeaten for over a decade. The ways in which they beat them differ: Sammy had a good technical decision over Yod, while Jamal KOd him. Jamal is a tough, strong Russian kickboxer. He goes forward. He hits hard. Samy is 63, Jamal's 57. Jamal is far more powerful and Samy is much more technical. I'm expecting Samy to draw out the fight and avoid the power of Jamal. I'm looking for Jamal to come in, hit hard, hit fast.

Were setting the betting line at -300 Samy Sana vs +260 Jamal Yusupov I'm expecting Sammy to take the decision. I think Samy's got the technical skills to drag Jamal out through five rounds.

Onto the co-main we've got Dae Hwan Kim vs Kairat Akhmetov in an MMA fight. Akhmetov is the former ONE Flyweight Champ, with only two losses on his record, currently on a two fight winning streak. Kim on the other hand is on a two fight losing streak. Kims got decent striking. He's Korean and grew up doing TaeKwonDo. He's pretty fluid, hits hard, but Akhmetov is a solid 3x Greco-Roman champion. While his striking is a bit rigid, he's definitely been doing a lot of Muay Thai. I'm expecting him to wrestle Kim.

For the odds in this fight, I've got Akhmetov -265 tand Kim at +220. My prediction for this fight is Akhmetov is going to win by decision. He's going to grind out Kim through three rounds..

Next up, the third fight from the top, Momotaro versus Walter Goncalves in a flyweight Muay Thai fight. Both these guys are coming off decision losses. Momotaro is a Japanese Muay Thai fighter with a Karate influence. He was the WBC featherweight kickboxing champion in Japan. He's fast, he's strong, but he's wild.

Walter Goncalves is a well schooled Brazilian Muay Thai fighter, who spent a lot of time in Phuket, Thailand training at the legendary gym, Sitsongpeenong. He's a 3x Muay Thai champ and he's had over 70 Muay Thai fights. His style is very traditional, very light on the front foot, hands always where they should be in a good rhythm. Good defense, checks kicks well. Very basic but very efficient.

Momotaro is kind of wild and he hits hard. But I'm giving Walter the favorite. -165 Walter Goncalves and +145 Kohei Momotaro Kodera. Im picking Walter by KO,

Onto the earlier flights, we have three prelims.

Another striker vs grappler. Raimond is a combat Sambo champ out of Dagestan and Marques is a Muay Thai fighter out of Brazil. Ive got Magomedaliev by submission.

This is a pure pick them fight. Both these guys are on bad losing streaks. Hui is coming off of 3 losses, and Ikeda is coming off 2. Ive got Ikeda by decision

Thanks for checking out our Fanatics MMA preview. Please click the link below and make your picks. Merry Christmas and enjoy the fights.