ONE Championship invades North America as the promotion debuts in the U.S. on TNT 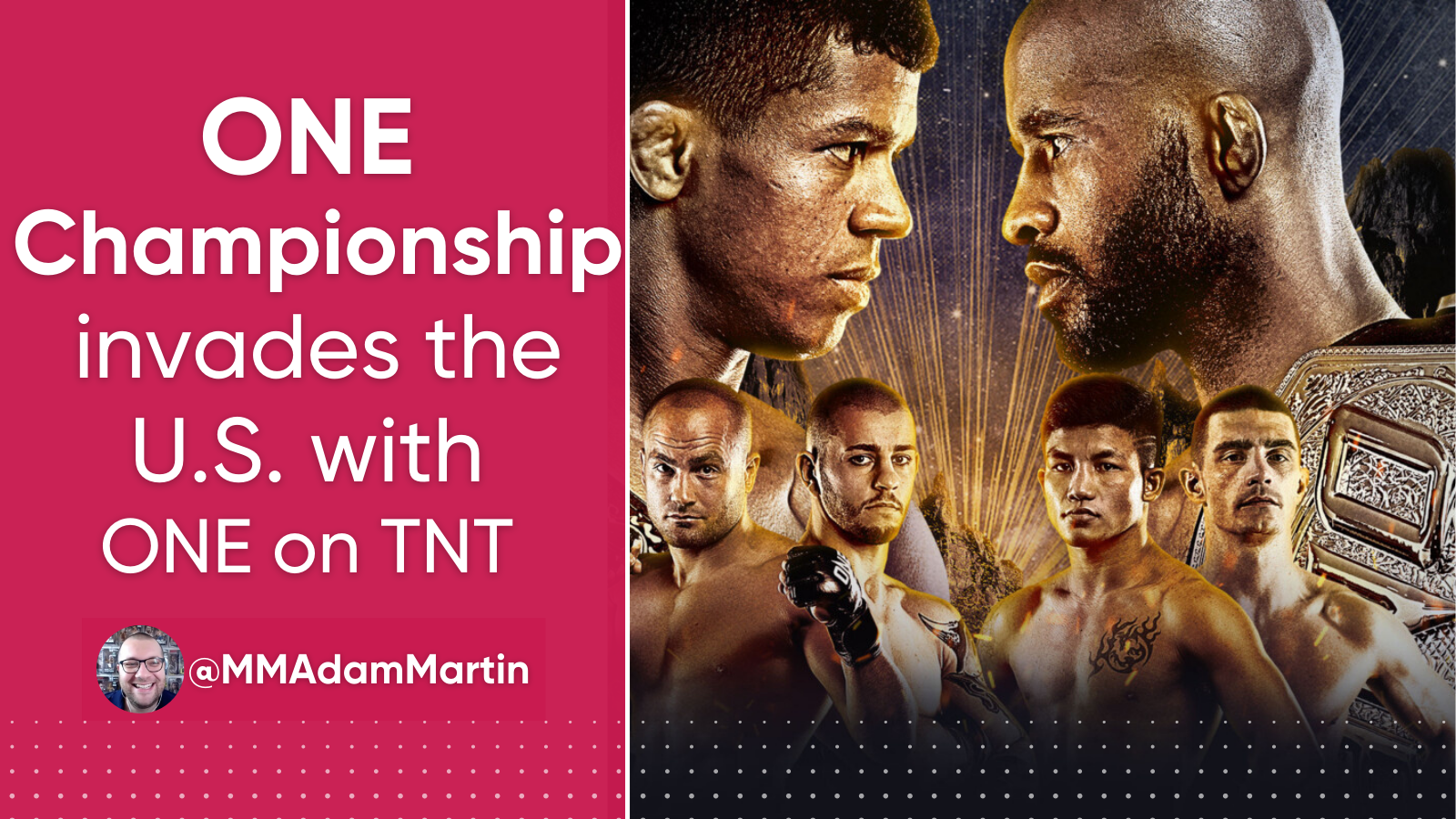 ONE Championship has been Asia’s premier MMA promotion for the past decade, but the promotion is now ready to make inroads into North America. On Wednesday night, the Chatri Sityodtong-headed organization kicks off its run on the American television network TNT with the first of four scheduled fight cards in April. If you go to the ONE Championship website, the promotion is calling it “the biggest month” in organizational history. This move to the United States and airing these fights on TNT and on Bleacher Report is massive. For a promotion that already has a stranglehold on the Asian MMA market, this U.S. move could be a game-changer.

In January, when ONE and TNT announced the deal, Sityodtong shared the following message.

"We are absolutely thrilled to kick off 2021 with the announcement of our first season of ONE on TNT. We look forward to introducing our unique brand of martial arts to the U.S. on prime time. American fans can expect something fresh, new, and completely different from anything that is currently available in the U.S. As always, we will feature some of the greatest World Champions across various martial arts alongside a few familiar, legendary names,” the ONE exec said.

Sityodtong wasn’t joking when he said the promotion would be bringing its most recognizable stars with the promotion as it ventures into North America. On Wednesday, the ONE on TNT 1 card is headlined by former UFC flyweight champion Demetrious Johnson and is co-headlined by former UFC lightweight champion Eddie Alvarez, two of the best fighters in MMA history. They are also two huge names owing to their UFC experience, so both men are the perfect fighters to put on ONE’s first card on American prime time TV. ONE is hoping to capture the hearts and minds of the North American fight audience, many of who only watch the UFC. Putting two of the sport’s most recognizable stars on the card gives fans a reason to tune in.

You may wonder why ONE Championship is moving to the United States when they are already Asia’s premier MMA organization. The answer is simple: global domination. For years, the UFC has tried to be the sport’s global promotion, and for the most part, it has succeeded in doing so. But the UFC has never truly been able to capture the Asian audience like ONE Championship has. For ONE and TNT, though, just being Asia’s top organization isn’t enough. The goal is to become one of North America’s top MMA promotions in addition to one of Asia’s biggest.

"ONE Championship has a passionate global fan base and this next step in our partnership elevates the exposure for its top martial arts events in the U.S. This multi-faceted approach combines two leading platforms in Bleacher Report and TNT as we further expand the reach of these premier events and drive additional engagement with a broader audience,” said Tina Shah, the Executive Vice President and General Manager of Turner Sports (TNT).

ONE is coming out swinging this week with the promotion’s first event on TNT. In the main event, Demetrious Johnson takes on ONE flyweight champion Adriano Moraes. This fight actually takes place at 135lbs, as ONE has stricter weight-cutting rules than the North American promotions. Johnson, the former UFC flyweight kingpin, joined ONE in a trade for Ben Askren in October 2018. He quickly picked up three wins in the ONE flyweight tournament in order to earn a title shot against Moraes, but both men missed the entirety of 2020 due to the COVID-19 pandemic changing up the ONE schedule. Finally, they meet with Moraes’ belt on the line.

Johnson is a massive favorite to come through with the title, but don’t count Moraes out. He is a very underrated fighter who has a 9-3 record in ONE dating back to his debut in 2013. All three of those losses have come by split decision, and he even later avenged two of those defeats. Johnson is the rightful favorite here, but Moraes is someone who could surprise the fans.

As well, Alvarez is on the card as he takes on Iuri Lapicus in a lightweight title eliminator. Alvarez signed with ONE in October 2018, right around the same time the promotion traded Askren for Johnson. It was clear that even three years ago ONE was looking to make a splash into the North American MMA market, and having Johnson and Alvarez in the fold helps. But while Johnson has gone unbeaten with a 3-0 record in ONE, Alvarez has had to work for it. He lost his ONE debut in a devastating fashion when Timofey Nastyukhin knocked him out in a big upset, but Alvarez bounced back with a submission win over Eduard Folayang. Still, questions remain about “The Underground King” heading into this No. 1 contender fight with Lapicus, a fighter who might not be well known to American fans, but one Alvarez shouldn’t take lightly.

In addition to Johnson and Alvarez’s fights, the ONE on TNT 1 card also features Reug Reug, a heavyweight wrestler from Senegal who could be a big star for the company. And in addition to the MMA fights on the card, the promotion will also feature a Muay Thai fight with superstar Rodtang Jitmuangnon, who takes on Danial Williams in a featured battle between high-level strikers. And this is only the first of four stacked cards planned for this month by ONE on TNT.

The other cards feature the likes of Christian Lee, John Lineker, Shinya Aoki, Sage Northcutt, Aung La N Sang, and Yoshihiro Akiyama, among others, in a mix of ONE’s stars and former UFC talent. If you are an MMA fan who just watches the UFC and have never seen ONE, get ready because Asia’s leading MMA organization is ready to explode and show the North American audience what they have been missing out on. There are great MMA fights happening all over the world, and we are about to get some more good ones with ONE this month on TNT.