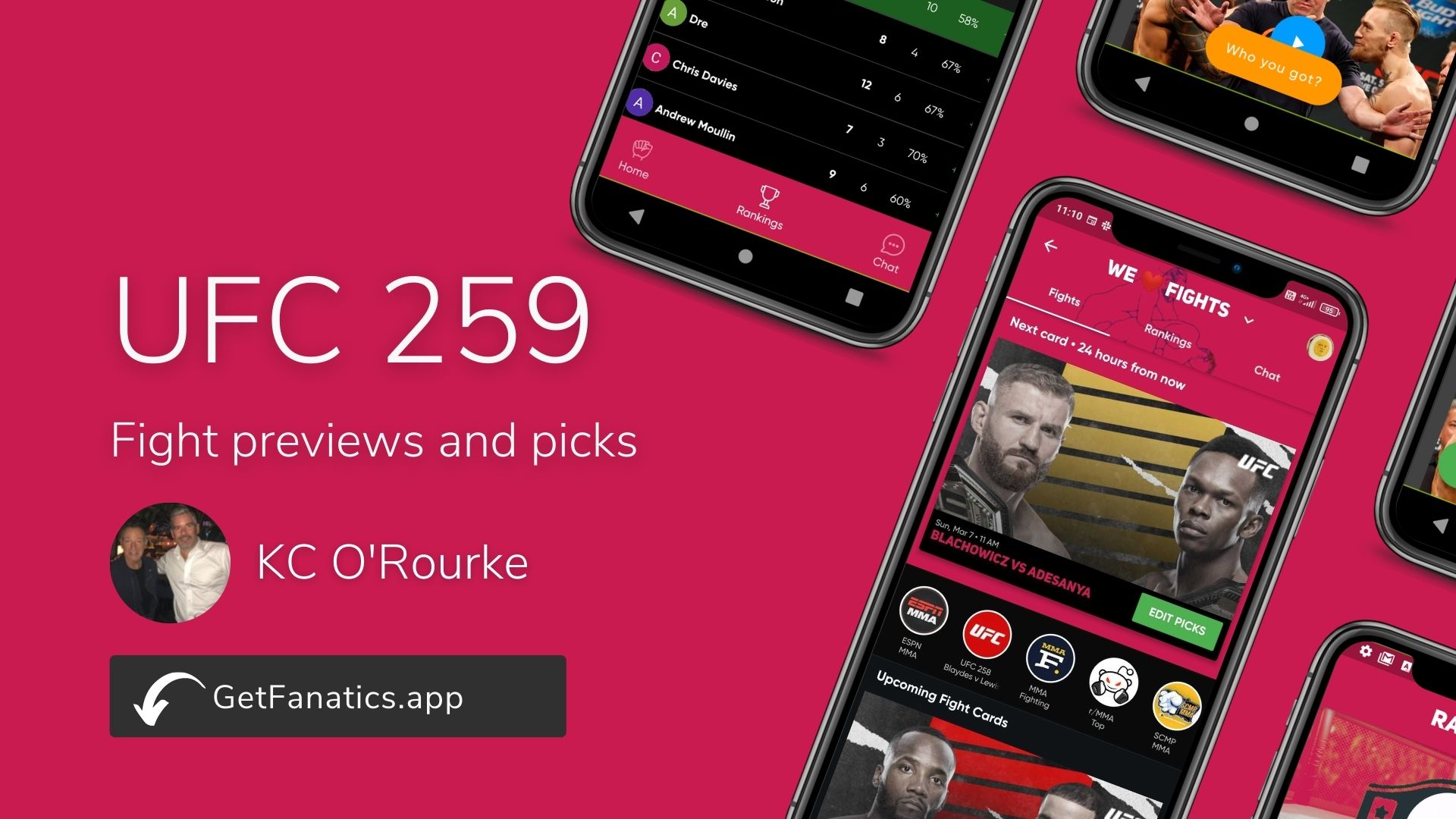 Sports all-time betting Locks: Mike Tyson in the 80’s, Jordan in the 90’s, the ‘85 Bears, ‘07 springboks, Tom Brady in the regular season, Warriors from ‘15-18. It’s a great topic.  Serena Williams will go down as my number 1 ever, and forever. In the UFC there are only a few: Jon Jones, Khabib Nurmagomedov, and Kamaru Usman do not lose.  I mean Khabib has never lost a round so, he’s the goat.. but Israel Adesanya is interestingly becoming one of the best bets in the sport.

What is he doing fighting this monster?  It’s dangerous for his legacy, his crazy momentum money train, and ultimately his health. I don’t get it, it’s only downside, and a wildly dangerous move by him…. But that’s who this guy is.  He didn’t have to fight Yoel Romero (dead last on my list of who I’d like to find out is my cell mate) yet signed on the dotted line.  The level of ego he has when it comes to combat is incredible to follow, and makes him must see TV.

THE FIGHT: Logic dictates that the 185lb Adesanya will be quicker, faster, yet less powerful. If he makes this a kickboxing match against the more plodding Blachowisz, it’s a 50-45 clinic and neither fighter will be too rough for wear (Israel has moved up weight classes in kickboxing before with complete ease and success).  So Jan must get his hands on him, and use his strength to break the athletic, yet “light in the ass” Adesanya. Catch him with even one good punch and this is over.  Get/keep the Kiwi on the ground, and it’s over. Easier said than done. My prediction: Scary proposition for Israel. He’s either finished, or he teaches us another lesson in fighting. I’m nervous for him, cause Jan hits like a truck, and this is a black belt vs a white belt….. So my mind says take the bigger, stronger blackbelt!!  but my experience tells me differently. Broken Native is just a different animal, and of course speed (defensive speed in particular) is the major difference... Adesanya knocks on the door for the greatest fighter in UFC history with this win -- of course Jon Jones is on the other side of that door.

Yea, Nunes all day. Not close.  Locks just aren’t fun when the line is -1000. Ground game not nearly good enough.  So the Aussie has a punchers chance only.  Worth 10:1 punt if you can get it while you wait for the real fights, why not.

Cruz is the best colour commentator in the sport, not the best Bantamweight ever, and I don’t think it’s close.  Or if it was, it was in the a completely different era… you know, the era where the UFC damn near eliminated 135 & 125, because nobody gave a shit. Cruz is 21-3 (lost his last two) because he was hurt so often that he never had/got to fight the new guard.  Honestly, I cannot recall a match where he looked good in 10 yrs. Coby toyed with him (speed differential was embarrassing), but the Cejudo match really showed how limited Dom’s offense is (seemed to be playing the flinch/gotcha game, then giving you a back fisted slap with zero pace?).  Whats his advantage going to be over a 25 year old Kenney who has won everything he has attempted in combat sports: 9 time national Judo champion, State champion wrestler, held the belt in TWO MMA weight classes at Legacy FA, and now tearing through the UFC (one loss was to the superb Merab Dvalishvilli – no shame there). Again, Cruz is to the UFC broadcasting booth what Joe Morgan was for baseball, he teaches you something every time you watch/listen, and his brain/trash talking game rivals very few…. But Dom should hang em up after this one.

This is Omaha, Nebraska vs. the Republic of Dagestan. This is a World combat Sambo Champion vs. the short dude on Varsity you didn’t really want to mess with. This is a trained assassin vs. a good ole boy who’s getting a bit past his expiry date (fought in VFC, Bellator back in ’09). This is a huge mismatch on the ground: Dober looks like a wrestler but has a muay thai background (from where I have no idea). Wrestling/Sambo will be his kryptonite. Don’t get me wrong, Drew could get his fourth quick Knockout in a row..  He is streaking. He throws bombs.  I’d love nothing more on this card, actually. I am outspokenly biased, and will be rooting for the Americans over Russians till the day I die…. But this is not going our way boys. Not tonight, gentleman.  If they fought 100 times he’d probably lose 99 of them…...  Fuk it, Andrew Dober by KO finish.  Shock us all, Omaha.

Yep, the dude with the tattoo of a large sledgehammer on his chest is back. This guy is a weapon on the feet (Manuwa fight was wild)…  Rakic is no slouch, his only loss was a split decision to Volkan (was a stand up banger).  I predict more of the same. If there was a crowd, this is the fight that would have the loudest ohhhhs and ahhhhs.  Coin flip here, both have all the necessary power at 205. Santos is an underdog? Hmm..

Great fight. Yan’s standup vs. Aljamain’s groundwork. Yan puts together combination punches into a fast high kick to the head like very few in the UFC (Geoff Neal, Jon Jones). Sterling just has some star power, and the way he handled Sandhagen, he’s a real threat. Bit too small of a weight class to predict, hard not to like the Russian, he hasn’t made a mistake yet in the UFC… but I’ll be hoping Aljo gets it done.  I don’t have a lot to say about either, maybe that will change with a good showing Saturday.

It's not Ya Boi, it’s Yadong.  And his fights are always fun, genuine entertainment.

Pretty sure this is Adesanya’s boyfriend, not that there’s anything wrong with that, just an observation I have made from 10k miles away from either one of them, with zero evidence or care to see any. Another one is that Kennedy is the guy that took 4 shots to the nuts and barely won a 28-27 split draw decision despite the opponent having several points deducted (stunning really – we all had a little money on Kennedy and it made for some great comedy). Kennedy is really not as great as his first name is. And this City kickboxing squad, if nothing else, they put in the work. Ulberg wins.