The future of the UFC lightweight division? 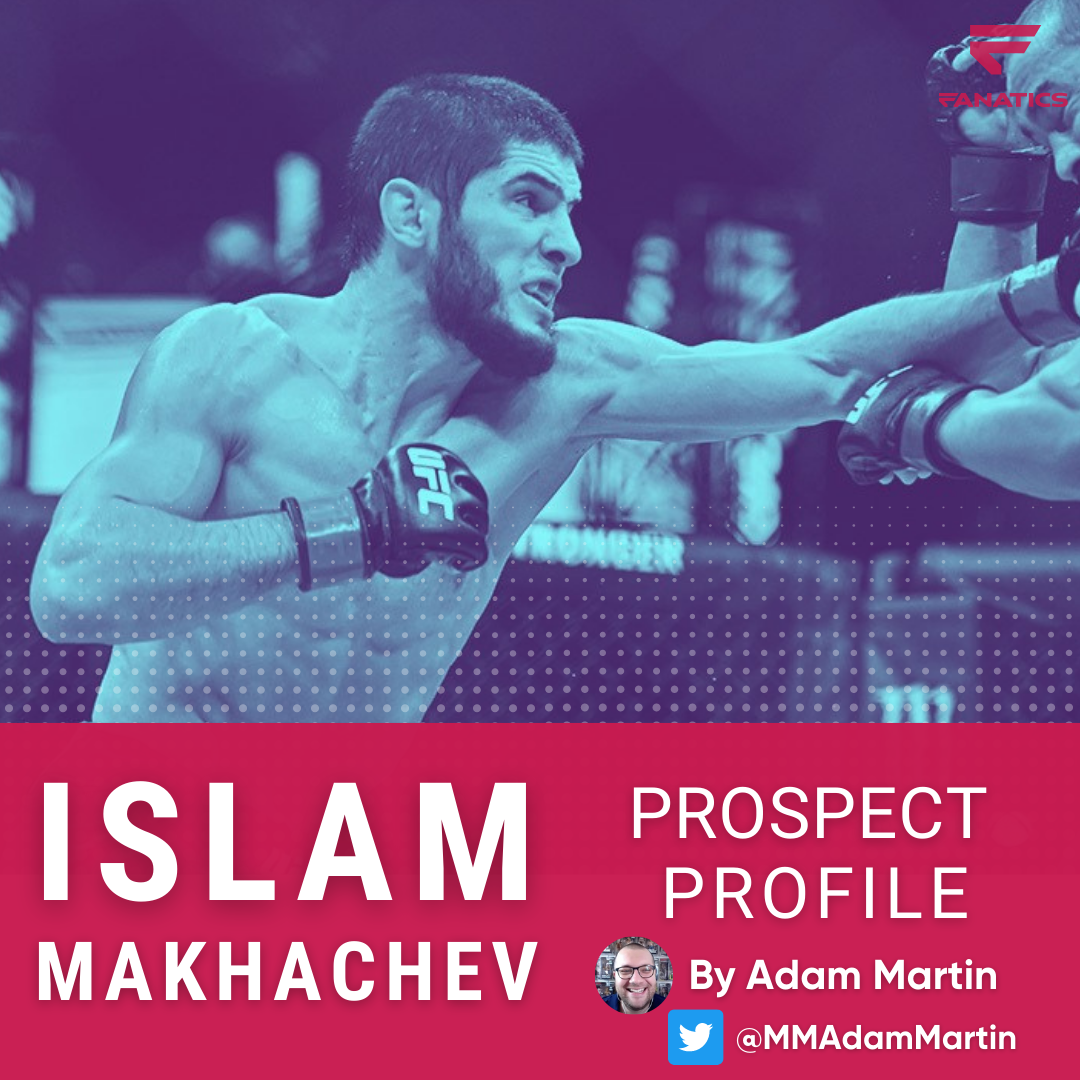 A lifelong friend of UFC lightweight champion Khabib Nurmagomedov, Islam Makhachev is the man who many say “The Eagle” will pass the torch onto when he walks away from MMA. The two grew up competing in combat sambo, and they have used their grappling backgrounds to dominate the competition in mixed martial arts. The comparison is often made between Nurmagomedov and Makhachev because both of them prefer to take their opponents to the ground and break their will. Both men are relentless with their pursuit of the takedown and once they are on the floor both men are looking to end the fight with submissions or ground and pound. Both men have been very successful with their grappling-heavy styles, as Nurmagomedov is 29-0 as a pro and Makhachev is 18-1. It’s hard to say anyone can truly take the torch from Nurmagomedov given all that he’s accomplished in MMA, but given “The Eagle” himself has backed Makhachev as a future UFC champion, this might be his heir apparent.

Making his professional debut in 2010, the 29-year old Makhachev reeled 11 straight wins on the Russian regional scene to open up his career before getting the call to the UFC. In fact, one of the M-1 cards he fought on a decade ago also featured Nurmagomedov on it. After seeing him dominate the opposition in Russia, the UFC signed Makhachev and he made his Octagon debut in 2015 against Leo Kuntz, finishing him by submission. There was a lot of hype behind Makhachev at that point and he was a big favorite to beat Adrian Martins at UFC 192, but he was caught in the first round and knocked out in surprising fashion. At only 23 years of age at the time, the loss to Martins showed the UFC that Makhachev needed more seasoning.

Since that fight, Makhahchev has learned from the loss and grown as a mixed martial artist, and he currently rides a six-fight win streak heading into UFC 259 this weekend. During his current win streak, Makhachev has defeated Davi Ramos, Arman Tsarukyan, Kajan Johnson, Gleison Tibau, Nik Lentz, and Chris Wade. Makhachev was supposed to fight former champion Rafael dos Anjos late last year, but staph infection took him out of the fight. Now that Makhachev is healthy, he’s ready to come back to the Octagon and do his thing. With Nurmagomedov in his corner cheering him on, look for Makhachev to continue making improvements to his game.

Makhachev is an elite grappler in the UFC lightweight division. He comes from a combat sambo background and it shows with his fights. Looking back at Makhachev’s UFC fight footage, he’s a very impressive talent for many reasons. Let’s start with his grappling. It’s out of this world. Just like Nurmagomedov, he is relentless with his takedowns. In the UFC, he is landing 68% takedowns which is a very high number given how many attempts he makes, and he’s defending 93% of takedowns against, meaning that he’s virtually impossible to take down himself. He has an endless gas tank and is able to keep pushing until he gets the fight to the mat. On the floor, Makhachev looks to work his way into dominant positions and he has submission skills in his arsenal. He also has some ground and pound skills. As far as Makhachev’s grappling skills, I would rate them near the top of the UFC lightweight division.

As for his striking skills, they are certainly improving. We have seen him shine on the feet from time-to-time throughout his career, including a KO win over Tibau when he landed a huge left hand to KO the veteran. Generally, Makhachev is going to want to take his fights to the ground just because he has such a big advantage on the floor. But in his last two fights with Ramos and Tsarukyan, he was at times forced to stand and trade against fighters who were able to stuff his takedowns and he looked really good on the feet. Makhachev has some nice kicks and some decent boxing skills. Overall I wouldn’t say he is the best striker in the division, but he is getting better and it’s showing. As far as his other intangibles go, Makhachev has a great gas tank and has shown a pretty solid chin outside of the Martins fight. He is a dangerous fighter and is improving every time we see him compete as a mixed martial artist inside the Octagon.

I believe the outlook for Islam Makhachev, both in 2021 and going forward in his career, is very high. I believe he has championship potential in the UFC due to his elite grappling skills and improved standup ability. The key is that he needs to stay active and fight more often. We have heard for years that he has what it takes to have the torch passed to him from Nurmagomedov in the UFC lightweight division, but he just hasn’t been able to fight that often. He had a tough year in 2020 with COVID-19 related issues and staph infection, but as long as he is healthy and fights twice this year, I believe Makhachev could make a run up the UFC lightweight ladder.

Perhaps we will see his coming-out party this weekend at UFC 259 when he faces Drew Dober in a battle of top-15 lightweights. Dober is an underrated lightweight who has won six of his last seven fights and his last three overall by knockout, so he’s certainly no slouch and represents an intriguing style matchup. It’s worth noting that in Makhachev’s lone UFC loss to Adriano Martins, a fellow southpaw, he was KOed by an overhand right when he tried to move inside with his chin exposed against the fellow lefty. It’s something to keep in mind here against the hard-hitting Dober, who is a big underdog at the sportsbooks. If Makhachev can get past Dober as the odds are suggesting he does, then a top-10 opponent sometime later this year would make sense. If he wins another fight after that, perhaps he could be fighting for the belt in 2022.