Fight Circus vol 3 is scheduled to go down this weekend. Now you can make your picks in the Fanatics MMA fantasy app. 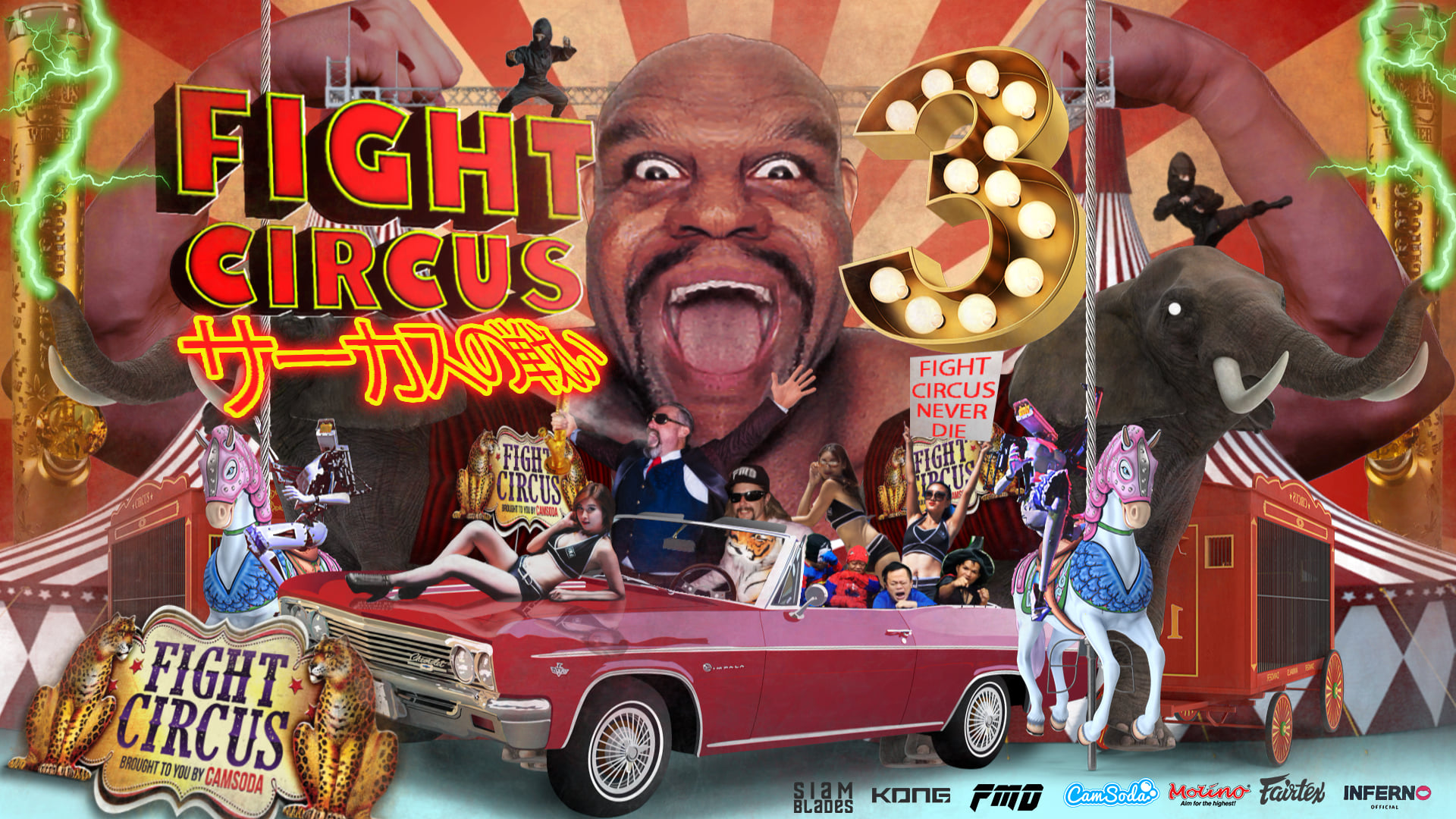 Make your picks in the Fanatics app. We're running negative margins, so anyone who doesn't make picks is a #filthycasual!

Join the r/MMA group to make your picks.

There are few things in this world that can cut through the general anxiety and stress hanging over nearly every aspect of our lives right now, but Full Metal Dojo’s Fight Circus aims to do just that with their third installment. If anything can lift our spirits and transport us to a place far away from our troubles, it’s Fight Circus, a show where any and all are welcome, very few holds are barred, and is free to view on adult streaming site Camsoda, where viewers are encouraged to tip the fighters.

For the full Fight Circus experience, go to CamSoda.com, click “Join Now Free”, register with an email address and then “Add Tokens”, so you can live tip your favorite Fight Circus fighters, high jape andmaster debate with fans around the world.

Fight Circus 3 will be hosted by Jon Nutt, alongside special guest and arch rival Bob Sapp, with live commentary from Teddy Mulvagh and Arran Sirisompan, as well as expert analysis from our global network of superstar fight pundits. What we do know about this card is already pretty unbelievable:

Bank & No Money Vs Will “The Kill” Chope

MMA’s only undefeated duo of ‘Bank & No Money’ are fresh off back to back wins at Fight Circus 1 and2, including multiple stoppages in the first fight alone and they’re set to face their toughest opponent yet in Will Chope. Chope is often referred to as the busiest man in the business, with well over 100 profights across all disciplines, including a good scrap with Max Holloway in the UFC. 3 men enter and it's anyone's guess where it goes from there.

Live from the home of the unfortunate genetic birth deformation Siamese Twins, comes the moment you've all been waiting for, New Generation Siamese Kickboxing! Two become one, as two pairs of fighters are tied together, and face off in mortal combat, like the multiple-limbed killing machines dreamt of by despotic regimes. Thailand’s Petsilla & Daysekda will be twinning it up for Siam, as they take on random foreign pretenders Hulices & Nauris.

With over 150 Muay Thai wins to her name, Nong Rose was the first transgender boxer to ever fight atBangkok’s legendary Rajadamnern Stadium in 2017. She will now display her skill set to the world atFight Circus 3 against the French mixed martial artist, Renaud Gurgui.

Two-time Human Cockfighting World Champion and karateka pin-up Tetee Denman, has already humiliated representatives of Muay Thai and Kung Fu in previous Fight Circuses. After an impressive KObare knuckle victory at the recent Bare Knuckle Kingdom, he returns to exclusive use of his preferred lower limbs, to take on the other Gurgui brother, Muay Thai fighter and Taekwondo red belt William Gurgui.

For those still playing catch-up, Trinity rules is a three-round fight with first round boxing, second round Muay Thai and third round MMA. Witness this experimental fight code first hand as France’s Souris Manfredi takes on Thailand’s Akkaranee “Chainaconda” Kadsin.

There was no love lost between these two in the run-up to their recent headlining scrap at BareknuckleKingdom. Heavily tattooed, trash-talking pretty boy boxer and British Bangkok expat TJ “HellBoy” Chang, believes he was clearly winning the fight, until heat exhaustion forced him to retire at the end of the fourth round. He wants to end the debate on who really won that day with a one-round, ten-minutebare knuckle play-off fight against the victor, the Phuket-based ginger-dreadlocked Brazilian brawler Fabiano Hawthorne. Let the debate end!

Ever walked past a phone booth and thought what would happen if two highly experienced Muay Thaifighters were locked inside and fought to the death? Well, think no more! Finally, the world will see what that looks like, as it actually happens in the real world, only at Fight Circus 3!

The hot new craze of Indian Leg Wrestling continues to take the world by storm, as two Instafamousfitness models lie next to each in the ring and try to rip each other’s leg off using only their leg; this time in the shapes of Russia’s Sofia Sigareva and Khazakstan’s Venera Kainazarova. At stake, the pride of nations, and the chance to take on Indian Leg Wrestling World Champion, the Iron Queen herself,Britain’s Tracy Eden Larby.

5x3min rounds of 54kg World Lethwei Championship rules Lethwei action. Thailand’s own Dream Man,AKA Kritsada Kongsrichai, has been a staple on the Thai MMA scene since 2014. Known for his incredible pace and ability to suplex a house, Dream Man is always welcome in this Dojo. Although a veteran of multiple disciplines, this will be his first time under WLC Rules. But this only excites him more, as he is a true-blue fighter. Plus look at his clinch, and look as his ears. Everything about this guy screams ‘HumanHeadbutting Machine’. Mixing him up with Somiong Luktupfah, AKA War, is a violent cocktail all fightfans and party people will want to try. War is already a highly ranked WLC fighter in Myanmar, so this circus show is his playground. Truly a special talent, War is straight out of a Burmese Tarantino Movieand we can’t wait to see him go full tilt Crazy 88. This fight has all the makings of a masterpiece. Blood is there paint and the Fight Circus Logo is their canvas.