A closer look at Belal Muhammad ahead of UFC Vegas 21 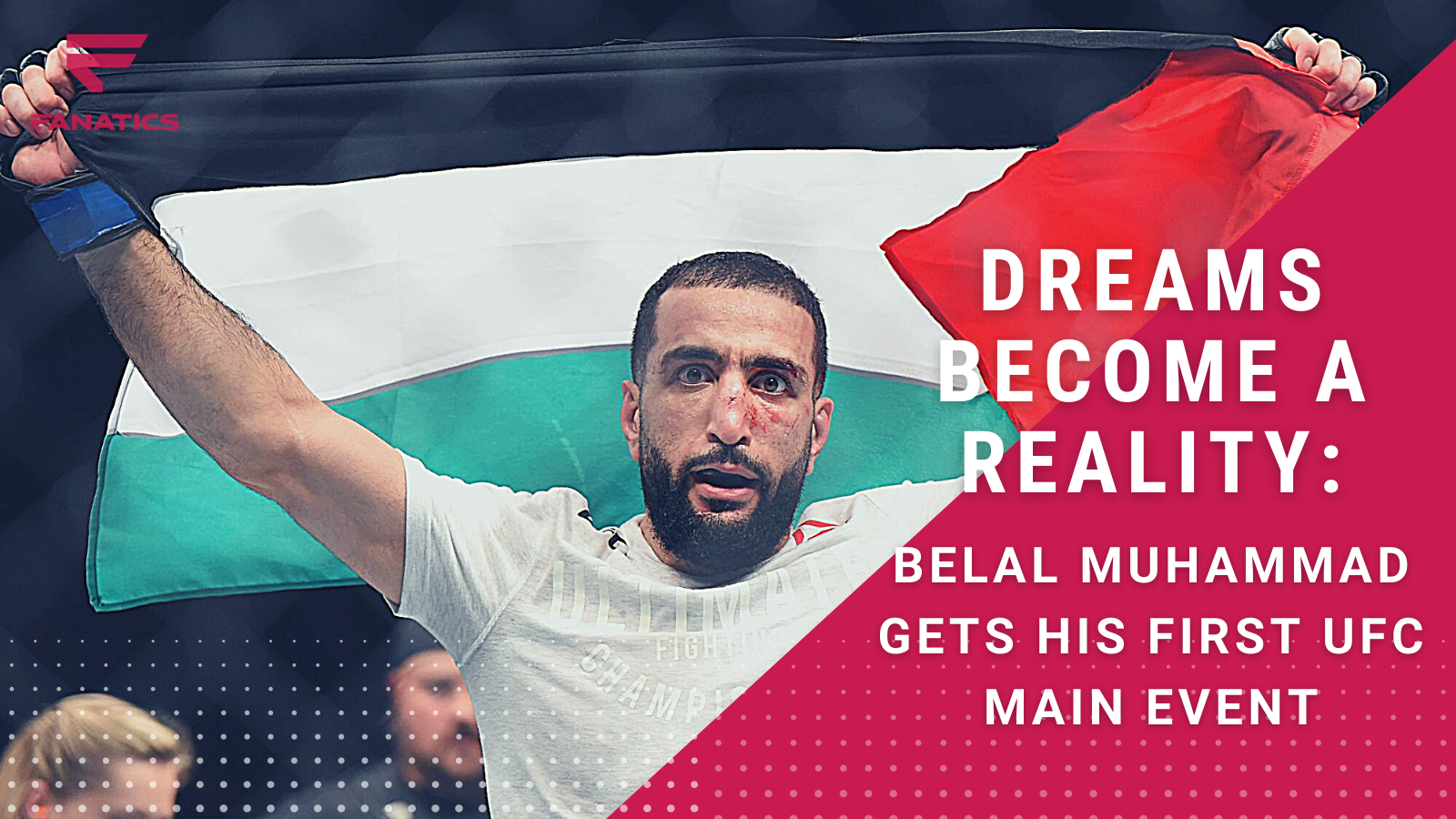 One of the most underrated fighters in the entire UFC is welterweight Belal Muhammad, who finally gets to fight for five rounds or less in the Octagon this Saturday night at UFC Vegas 21. Filling in for Khamzat Chimaev, who pulled out of the fight due to COVID-19 issues, the No. 13 ranked welterweight Muhammad squares off against Leon Edwards, the No. 3 ranked fighter in the division, in the headliner of Saturday’s event. This a massive opportunity for Muhammad, who gets to face a top-five opponent in his first UFC main event, as he can potentially jump into the title mix at 170lbs with an upset win. For a fighter who has been a mainstay on UFC undercards for the last five years, it’s a well-earned chance to finally have his face on a poster.

A former high school wrestler, the 32-year-old Muhammad got into mixed martial arts under the tutelage of his first coach, former PFL middleweight champion Louis Taylor, who to this day remains Muhammad’s head trainer. Muhammad, a devout Muslim, honed his MMA skills training with Taylor in his native Chicago, and then made his amateur debut in 2010, winning two fights as an amateur in Illinois before turning pro. Muhammad then made his professional MMA debut in 2012. “Remember the Name” would then go onto win his first nine fights on the regional circuit, including two wins in Bellator, and then a TKO win over Steve Carl in April 2016 to win the Titan FC welterweight championship, a victory that finally got him noticed by the UFC.

Since 2016, Muhammad has been a staple in the UFC welterweight division. He made his Octagon debut in July 2016, filling in on short notice to take on veteran Alan Jouban. Though Muhammad lost that fight via unanimous decision, it was still an exceptional bout that won him “Fight of the Night” and showed the world that Muhammad was here to stay at the UFC level. In his next fight, Muhammad would pick up his first UFC win when he defeated Augusto Montano via TKO. Unfortunately for Muhammad, taking four fights in a six-month time period proved to be a little too ambitious, and he paid for it with a brutal KO loss to Vicente Luque at UFC 205. With a 1-2 record in the UFC at the time, and taking an obscene amount of damage in his two losses, you can understand why some wrote off Muhammad, though that’s proven to be foolish.

Since losing to Luque, however, Muhammad has been a man possessed. In the four years since the loss to Luque, Muhammad has reeled off an exceptional 8-1 record inside the Octagon, with wins over Randy Brown, Jordan Mein, Tim Means, Chance Rencountre, Curtis Millender, Takashi Sato, Lyman Good, and Dhiego Lima, with a loss to Geoff Neal mixed in. Overall, Muhammad has an 18-3 record in MMA and a 9-3 record in the UFC alone. That’s a great record and he has some big names on his resume, too. So when the UFC came calling for Muhammad to fill in and fight Edwards, it was an opportunity that he had to take. Despite the short-notice factor of the fight, Muhammad was made an offer that he couldn’t say no to, and this weekend he gets the chance to fight for five rounds in the Octagon for the very first time.

This Saturday, Muhammad takes on Edwards in what is a serious step up in competition based on the rankings. Edwards is one of the best fighters at 170lbs and someone who has been considered a future title contender by many for some time now. He missed all of 2020 due to various COVID-19 related issues but the Brit is now ready to get back into the Octagon and march towards the title. It’s a very interesting matchup for Muhammad, who is likely going to look to implement his wrestling in this fight. Edwards is a sniper on the feet and by far the faster striker of the two, so Muhammad’s gameplan will likely be to use what has got him here in the first place, and that’s his wrestling. Edwards has excellent wrestling, as well, making it a very intriguing matchup from a style perspective. It’s a tough fight for Muhammad, but winnable.

Unfortunately for Muhammad, he won’t have his longtime Taylor in his corner because he tested positive for COVID-19 last week. So in the biggest spot of his career, Muhammad won’t have the man who helped get him there in his corner to guide him. But for Muhammad, all the years of grinding in the wrestling room is going to be what he needs to win this fight. All the years of plugging away, all the ups and downs, just to finally get to here, his first UFC main event. It’s going to be worth it either way because the opportunity to headline a card and the pay bump that comes with it helps a lot. But if Muhammad can go into the Octagon and get the win over Edwards, then all the sacrifices he’s made over the past decade have been worth it.

When the fight against Edwards was announced, Muhammad tweeted the following message: “Official poster dreams becoming a reality #maineventmuhammad.” That’s because for many MMA fighters coming up on the regional scene, the goal is to one day be a UFC champion. For “Remember the Name,” it’s been over a decade of trying to get to the top of the welterweight division, and now he’s closer to getting there. Against Edwards, he’s going to need to utilize everything in his toolbox to get the job done. He’s going to need his wrestling, he’ll need to be able to strike, and he’ll need to have the cardio and durability to go the 25-minute distance. Everything we’ve seen so far suggests Muhammad is ready for this opportunity. Now let’s see on Saturday if he truly has made the leap from ‘Prelim Muhammad’ to ‘Main Event Muhammad.’