Will Aung La avenge his loss to "The Dutch Knight"? 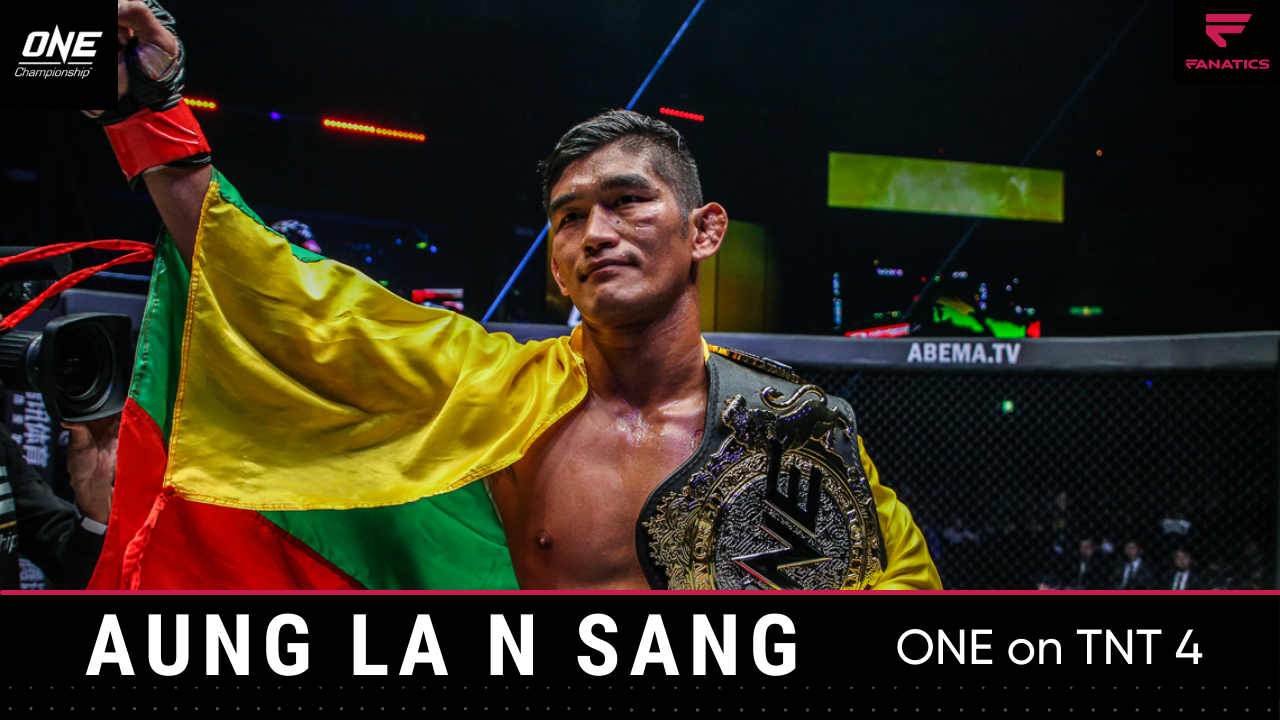 Aung La “The Burmese Python” N Sang is set to rematch Reinier “The Dutch Knight” de Ridder at “ONE on TNT 4”.

The fight came together last week as de Ridder stepped in as a late replacement for Vitaly Bigdash who was pulled from the card due to a positive Covid-19 test.

The reigning ONE Light Heavyweight World Champion looks to not only defend his title, but avenge his last loss to de Ridder, who defeated Aung La for the ONE Middleweight title at “ONE Championship: Inside the Matrix” back in October 2020.

The change in opponent hasn’t fazed N Sang. The Myanmar superstar said, “I flew out from the ‘States thinking that I’d be fighting [Vitaly] Bigdash. I found out in transit that the opponent had changed. I’m grateful to have an opponent on Wednesday”.

“It doesn’t matter who they put in front of me. I’m here to fight and put on a great show in front of the fans. It’s a better matchup in my opinion.”

De Ridder shocked the world in their last matchup and defeated “The Burmese Python” by rear naked choke ending his 7-fight winning streak and dethroning the former middleweight champion. Putting his second belt on the line, Aung La N Sang is excited to have a chance to avenge his loss to de Ridder, and he feels his time spent training at Sanford MMA will be key to his victory.

“At Sanford MMA, we train to be the best in all aspects of MMA to be a bad matchup for anyone. I’m just excited I get a chance to redeem myself from last year.

“I’m confident in my training and my team. They’ve prepared me well. I don’t have a doubt that I can finish him and put on a great performance.”

“I’m going to put on a great show. Don’t blink. This one’s going to end with a bang.”

Who is Aung La N Sang

ONE Light Heavyweight World Champion Aung La N Sang was born in Myanmar and moved to the United States to study. While there, he began training in Brazilian Jiu-Jitsu and affter graduating college, he dedicated his life to martial arts. Aung La made his professional MMA debut in 2005. He quickly built a reputation over his dominant submission skills and earned himself the nickname “The Burmese Python.” Since the start of his MMA career, almost every one of Aung La N Sang’s wins has ended by stoppage.

Since making his debut for ONE Championship in 2014, Aung La N Sang returned to Myanmar at ONE: UNION OF WARRIORS, winning his bout to become and becoming national hero. “The Burmese Python” made history in 2017 when he defeated Vitaly Bigdash to become the ONE Middleweight World Champion, uniting Myanmar in celebration as they cheered the country’s first-ever World Champion. Aung La N Sang then earned his second world title  in 2018, defeating Alexandre Machado by knockout to claim the vacant ONE Light Heavyweight World Championship.